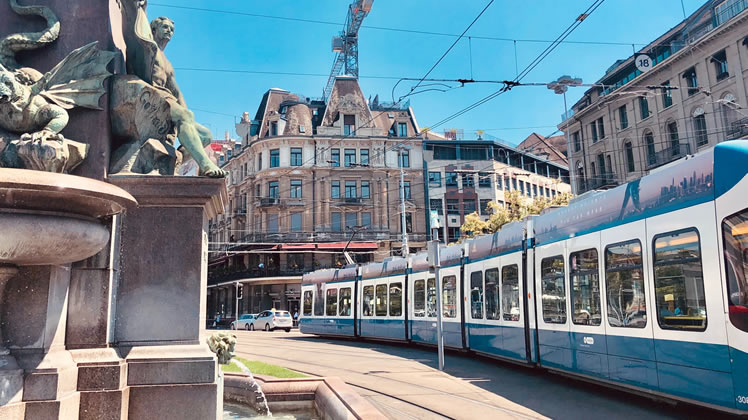 Oracle Cloud added a region in Zurich in August 2019 providing IaaS and PaaS services to public cloud customers who want to host their data in Switzerland. Some of the reasons that Oracle cited for opening their third European region in Switzerland were “neutrality, legal certainty, political stability and security.”

Financial services, life sciences, and research institutions in Switzerland, including CERN have already became customers of Oracle Cloud Infrastructure (OCI). CERN researchers have integrated the worldwide Large Hadron Collider Computing Grid with 10,000 cores on OCI, speeding up the computation of results from the scientific experiments performed at the multi-national research facility.

CERN is well-known for building and open sourcing information technologies for storing & transferring colossal amounts of data between CERN headquarters in Geneva and the network of universities and academic institutions it works with in Europe and around the world.

The Greater Zurich Area welcomed Oracle’s opening of the data center in the region to support Oracle Switzerland Labs as well as its commercial customers. Swiss Post, Chopard, Accenture, are counted among the major brands who use OCI’s compute infrastructure in Switzerland, in addition to PaaS offerings such as the Autonomous Data Warehouse (ADW), for instance, for running batch jobs on control IoT data.

Using the Dynamic Routing Gateway (DRG) on Oracle Cloud, customers can remotely peer virtual cloud networks (VCNs) in the Zurich region with other regions in Frankfurt, Amsterdam, as well as London to run redundant and highly available applications across Europe. 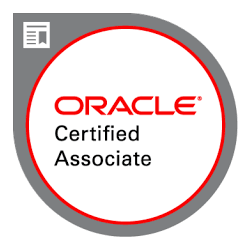 The Autoize Europe team employs certified Oracle Cloud Architects to architect and deploy customized cloud solutions for our clients in Europe based on open source applications.

Using Oracle DB is not necessarily a requirement to take advantage of the benefits of Oracle Cloud Infrastructure. Many open source applications rely on other DBs such as MySQL or Postgres, which can be run directly on Oracle Cloud Compute instances based on Oracle Linux or community-based distributions such as CentOS or Ubuntu Linux.

Oracle Cloud is particularly attractive for customer workloads where terabytes (or even petabytes) of data are stored and transferred between customer sites and the cloud. Oracle is the only major cloud provider in Switzerland that provides 10TB of free outbound data transfer per month, with data transfer rates that are one-tenth of the cost of AWS after 10TB is exceeded.

General purpose SSD (gp2) EBS volumes (10¢/GB/month) on Amazon are only specified for 3 IOPS/GB, whereas Balanced block volumes (4.25¢/GB/month) on Oracle Cloud include 60 IOPS/GB up to 25,000 IOPS per volume at no additional cost. That’s a 57.5% lower cost-per-gigabyte for 20X the I/O performance.

As a generation two cloud, ­Oracle Cloud employs a unique hardware architecture in its data centers to provide additional security above & beyond what a conventional cloud provider can deliver. The virtual NICs on OCI compute instances are controlled by a hardware “SmartNIC” instead of by the host machine’s OS – dramatically reducing the attack surface, and eliminating the compute overhead from network virtualization.

OCI’s Identity Access Management (IAM) has a specific concept called compartments which enables tenancy administrators to segregate their Oracle Cloud account by projects, teams, or environment, and assign users and service principals (e.g. compute instances) to groups with specific IAM policies to grant access based on the “principle of least privilege.”

Security Lists are the OCI equivalent of Security Groups in AWS, providing for the creation of stateful/stateless firewall rules and route tables to control access to resources between public, private subnets and from other networks such as customer sites (over IPSec or FastConnect VPN peering) or the public Internet.

Boot and block volumes are automatically AES-256 encrypted at rest with an Oracle-managed or customer-provided key to ensure data security. Manual or policy-based backups are supported to backup volumes on-demand, or automatically on a regular schedule. Time-consistent backups of multiple volumes can be taken with minimal administrative effort using volume group backups configured in the OCI console.

Using a Service Gateway, private subnets in a VCN can access Oracle services such as Object Storage Service (OSS) through their APIs without traversing the public Internet. The object storage service provides highly consistent and durable storage of objects up to 10 TiB, and Oracle even provides a S3 compatible API for your existing applications.

Contact our certified Oracle Cloud consultants to request a proposal for deploying or migrating your open source business applications to Oracle Cloud Infrastructure in Zurich, Switzerland or in OCI’s other Europe regions.