Are you an agency or MSP who wants to resell open source applications to your customers? Let us build you a high-performance hosting environment where you can easily deploy multiple instances of leading apps including Mautic, NextCloud, and Rocket Chat.

Open Source Containers as a Service

Self Healing Infrastructure for Stateful Containers 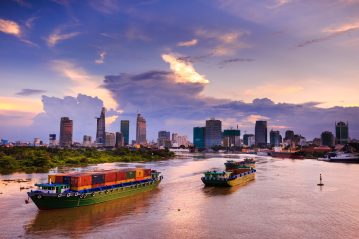 Autoize’s open source CaaS stack is based on Docker Swarm. It enables you to build a self healing container infrastructure. Like Kubernetes, Swarm is a container orchestrator which proactively monitors the containerized services that make up your application stacks. But overall, Swarm is less complex and more cost-effective to operate than Kubernetes. The Swarm manager nodes have a “birds eye view” of the health of the Docker hosts in the cluster, and the status of all the app containers as well.

Swarm constantly monitors the current state of the cluster, to bring it to the desired state by starting or stopping containers on the Swarm nodes which meet the constraints (e.g. operating system, hardware, environment) defined for the service. With Swarm, you can easily manage a hybrid, or multi-cloud deployment of Docker Swarm nodes. The control plane traffic between the Swarm nodes is encrypted with TLS with no special configuration required, making it secure by default, even over a public network such as the Internet.

Hybrid and Multi-Cloud Ready: Through the use of node labels and constraints, Swarm guarantees that a workload is only started on the Docker hosts that meet your business and compliance requirements – even with Swarm nodes residing on-premise and in multiple public clouds residing on the same cluster.

Self-Healing and Fault-Tolerant: Should a container fail for any reason, for example, bringing down a host for scheduled maintenance, it is automatically rescheduled to a different host – with no manual intervention required.

If the service definition states that a service should have X number of replicas, Swarm will continue to search for available nodes in the cluster to start containers, until the required number of replicas is fulfilled. If a stateless service runs with multiple replicas, it can be updated with a rolling update, or blue/green deployment strategy, with zero-downtime.

Persistent Storage for Containers: Out of the box, Swarm comes well-equipped to orchestrate stateless workloads, that is containers which do not require persistent data. In a perfectly cloud-native world, any user data would be stored outside of the container in object storage, or a managed database service. But in the real world, many containerized applications still rely on external Docker volumes to persist data when the container is re-deployed.

Using Docker storage drivers, stateful containers can be orchestrated by a Docker Swarm, using your choice of backend storage including NFS, GlusterFS, or block storage volumes. It is important to note that Swarm does not support bind mounts, which are common with single-node deployments of Docker services using Docker Compose for dev/test purposes. Our Docker Swarm architects can help you select and deploy the most appropriate persistent storage for containers, based on your cost, performance, and reliability requirements.

100% Open Source: Deploying your own Docker Swarm is a more cost-effective & flexible alternative to CaaS platforms such as D2C.io. We provide an entire stack of tooling that simplifies operating a Docker Swarm, for example Portainer, a graphical control panel for deploying, inspecting, and managing containers & container stacks. Using the Portainer Agent, you can manage the entire Swarm from a single pane of glass by hitting any manager node as an endpoint.

Cost Savings Versus Traditional PaaS: With a typical PaaS, the licensing costs of the user interface, control plane, and logging/monitoring tools are embedded into the cost of the cloud computing resources. That’s why deploying an app at Heroku is many times more expensive than the equivalent amount of resources at a commodity cloud provider.

We provide a self-hosted alternative to D2C.io or Heroku, with a completely open source stack of management tools such as Portainer, Swarm, the ELK stack (Elasticsearch, Logstash, Kibana), Prometheus, and Grafana.

Because all of the tools that form our open source alternative to CaaS are pluggable, you are free to implement only the tools you need, instead of paying the outrageous markups of a traditional PaaS. You also have the freedom to choose virtually any cloud provider, delivering 50-66% lower costs than AWS on average, and allowing you protect your data sovereignty, for example by hosting data within European cloud providers.

Whether you plan to use a container cluster to run apps internally for your organization, deploy and scale customer-facing apps, or host customer instances, our open source CaaS stack is fit for the job. Contact us for a demo.