Managed service providers (MSPs) can reduce the total cost of ownership (TCO) for their customers by introducing open source alternatives to SaaS offerings. We take the pain out of maintaining the infrastructure, so selling open source applications is as simple as earning commissions from a traditional partner program.

VMs or Containers? You choose. 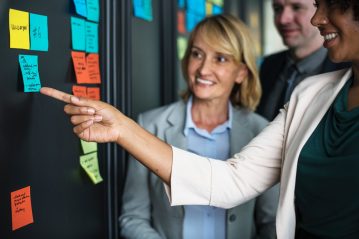 There are two different approaches that MSPs can take to host open source apps for their end users. The classical approach is to create separate virtual machines for each customer, which may reside in the service provider’s cloud account, or that of the end customer. A more modern approach is hosting individual customer instances in containers, on a Docker Swarm cluster that is owned by the MSP.

Depending on the application and the customer requirements, sometimes one approach is more appropriate than the other. For example, NextCloud and Mailcow are more suitable to be run in a VM, since most customers prefer the strong isolation of a hypervisor for their cloud storage, and a dedicated IP address for their mail server. Also, Mailcow’s containers require running with the Docker privileged flag, which for security reasons is supported only on individual Docker hosts – not in Swarm mode.

On the other hand, apps such as RocketChat, Invoice Ninja, or Mautic can be easily deployed on a shared Docker Swarm cluster – for easier managability and a greater density of instances that reduces the per-instance hosting cost. If you plan to resell open source apps to your MSP customers, an open source CaaS provides one-click deployment of apps using Docker stack files, centralized logging & monitoring, and automatic failover between Swarm nodes.

One customer per VM

Many customers on one Docker Swarm cluster (Multi-Tenant)